During the last two weeks I had a large variety of migrating species. In my last session at Jerusalem Bird Observatory (20/09) I ringed Quail, Whinchat, Nightingale, 2 Thrush Nightingales, Spotted Flycatcher, Red-backed Shrike, Garden Warbler and other common Sylvias.
﻿
﻿ 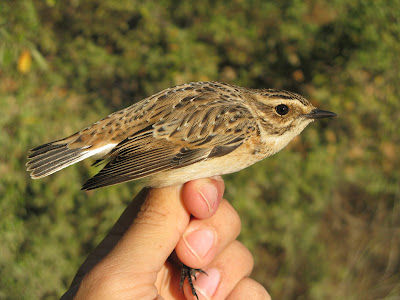 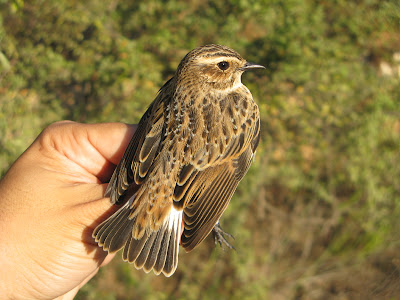 In Tzor'a Valley Ringing Station we (a few volunteers and myself) ringed about 1200 birds. Most were Barn Swallows, Yellow Wagtails, Acros and Common Kingfishers.
Other good species included Squacco Heron, Little Egret, Pied Kingfisher, 2 European Bee-eaters, Wryneck, Sand Martins, Red-rumped Swallows, Red-backed Shrikes, Savi's, Garden and Willow Warblers.
But best of all were two 1st- winter Citrine Wagtails ringed on (22/09) in the alfalfa field together with about 120 Yellow Wagtails. Their pure grey mantle, bold white wing-bars and typical supercilium left no doubt on their ID. This was a ringing tick for me (and for Yotam); in the last three years we ringed almost 5000 Yellow Wagtails in my alfalfa fields and had no citrines - this morning we had double luck!
﻿
﻿ 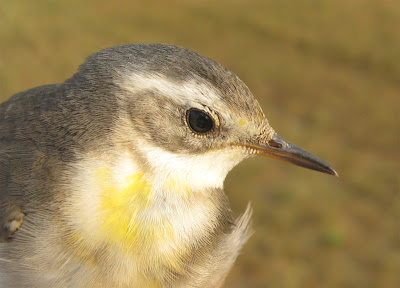 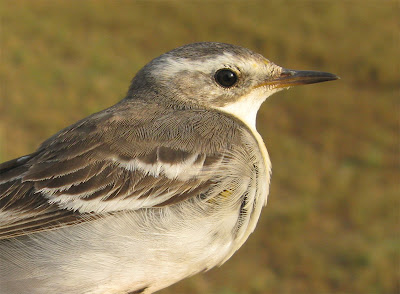 Further, I recaptured a Wryneck with ring AB-40076; this bird was ringed in January! We ring only few Wrynecks in Tzor'a Valley Ringing Station, in last six years only 9 birds. I don't know whether this bird managed to stay hidden here all summer or perhaps it's a returning bird? 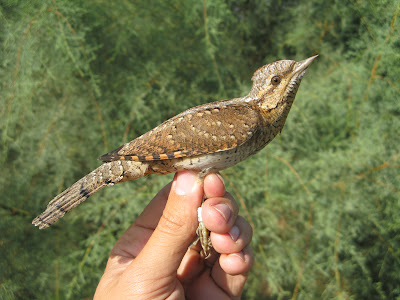 I also recaptured two migrant Kingfishers from last year, one in active primary moult. Kingfisher primary moulting strategy is called 'descendant moult from two centers', in this time most of our adult kingfisher have arrested their primary moult, so this is uncommon in Israel - first time for me. 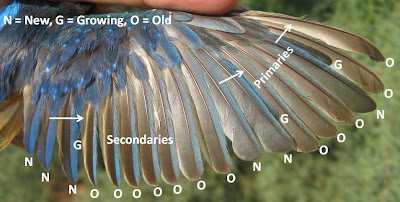 During late September many European Bee-eater flocks were heading south, they were going through all day and stopped only sometimes to eat and drink, so are hard to catch, and I ringed only two birds. In Israel, we have had Bee-eater controls from southern Europe, Ukraine, Greece, Turkey, Bulgaria and Cyprus and also from Zimbabwe. 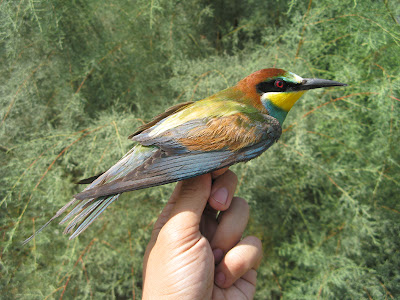 Our annual national ringing conference took place on 24/09 at the Jerusalem Bird Observatory, this was a successful gathering.
Our lecture program included:
Israeli Birds Base website - Dr. Gidon Perlman, IBRC director
2009 National Ringing Report - Yosef Kiat, IBRC coordinator
Wader ringing at the Wash, England - Ron Haran
Monitoring and research of desert species at drinking sites - Yoav Perlman, SPNI
Rehabilitation and ringing importance as monitoring tool - Ohad Hatzofe, NPA
Long-term bird ringing on Mt. Hermon: trends in finch population dynamics - Dr. Eyal Shochat, SPNI
This was a good day; we started with ringing, met most of the active ringers in the country and heard interesting lectures - thanks to participants and to the lecturers. 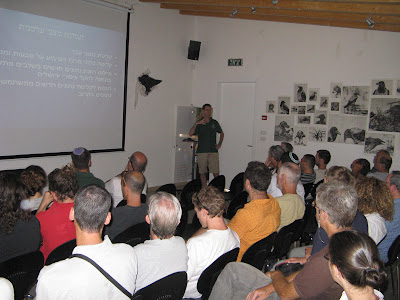 On Friday (01/10) I ringed around the Tzor'a reservoir. The bad weather (hot with strong easterlies) did not help my ringing efforts. I really enjoyed massive raptor migration overhead. Between 07:30 and 08:30 a low passage of thousands of Lesser Spotted Eagles, hundreds of Levant Sparrowhawks and a few Short-toed Eagles, Honey and Steppe Buzzards and Marsh Harriers was definitely great show. 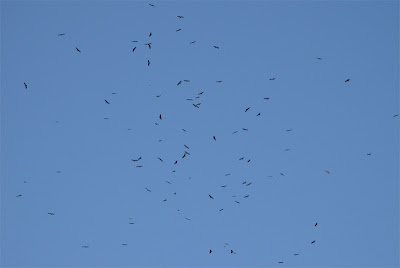 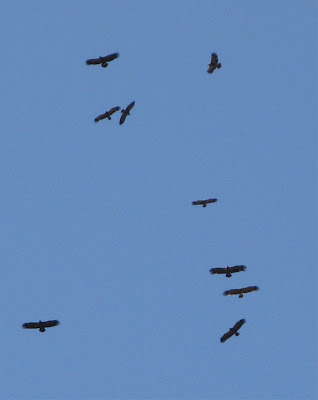 And today I returned to my computer and discover so much office work, and many interesting rings found, most of European White Storks but also Eurasian Griffons, Lesser Whitethroat in Poland, Lesser Spotted Eagles with Polish colour ring and more… Details soon... 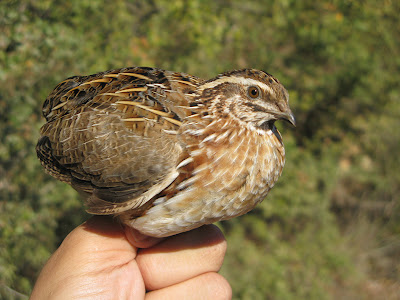 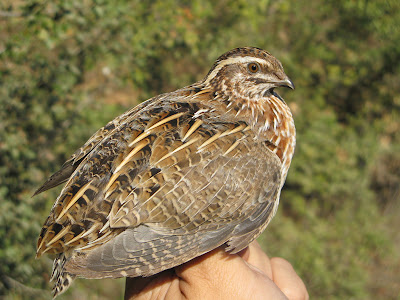 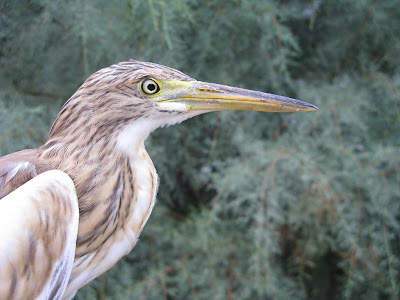