Another one bites the dust

On Thursday afternoon (22/12), while Avishai and I were driving to ring at the wagtail roost, I received a phone call about a small bird wearing an Israeli ring that had hit a window in a nearby village. The lady gave me the digits on the ring but without the ring's series; this is very important in order to identify the ring, but she had already disposed the bird with the ring… Because it was close I decided to recover the bird myself. I arrived there and found one of my White Wagtails that I had ringed last winter. After talking to the lady that had found the dead bird, I found out that it's the second bird that got itself killed against the same window. I advised her to mark the window, to prevent future collisions. 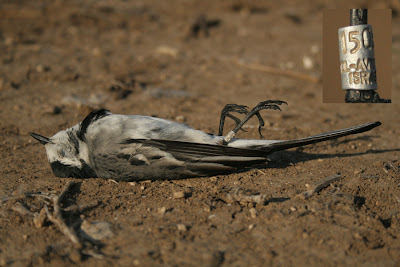 Last week the White Wagtails in the roost were joined by a Snipe and nice coutelli Water Pipit. 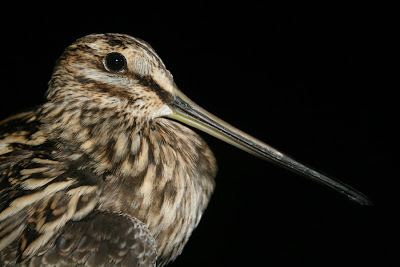 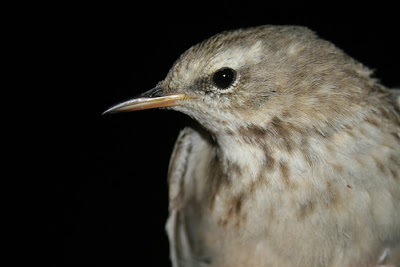