Eastern Stonechat and other winter roosters

On Tuesday (13/12) I ringed at the Tzor'a reservoir, instead of my regular Friday sessions; this Friday I will conduct a ringing course at Ma'agan Michael. Only 33 birds were caught, 23 recaptures. The first bird for the morning was a nice female Eastern Stonechat with typical appearance, measurements (wing length: 71 mm) and about 10 mm pale at base of rectrices, concealed under the uppertail coverts. 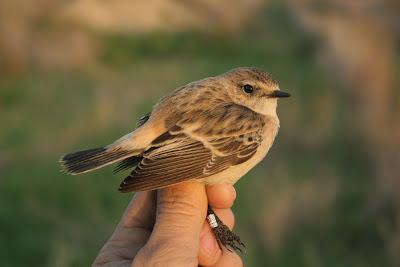 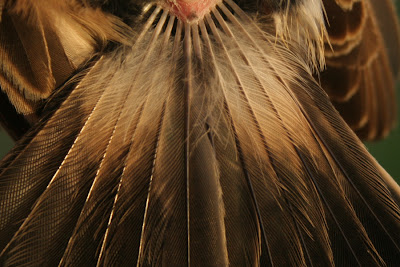 During the past three days I ringed 145 White Wagtails. Lots of other birds join the roost, and I caught some representatives: Penduline Tit (1), Spanish Sparrow (4), Reed Bunting (6) and Corn Bunting (6). One White Wagtail was recaptured from autumn 2008, ringed in the alfalfa field (10 km).
Other old recaptures were Moustached Warbler from 2010, Clamorous Reed-warbler from 2008 and some Cetti's Warblers and Chiffchaffs from 2009-10. 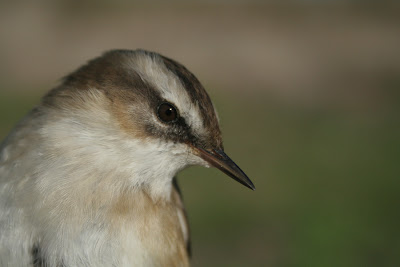 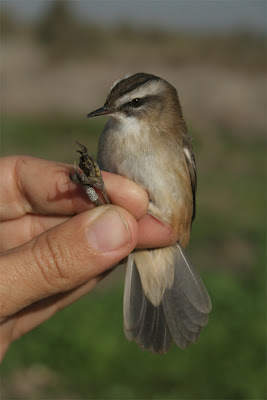