Some notes about our residents

On Friday (09/12) I ringed again at the Tzor'a reservoir, typical winter morning with only 44 birds, 19 recaptured. Worth noting was the large number of local Barn Swallows - about 500 hunting above the reservoir and 300 in the alfalfa. One Swallow was ringed, nice bird at the end of complete post-breeding/juvenile moult; in this time of year European Swallow only begin moulting in their African wintering grounds. 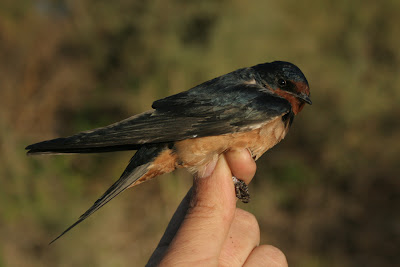 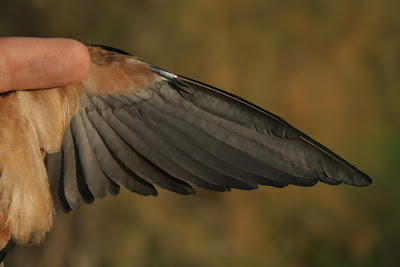 On 07/12 one of my Barn Swallow was found freshly dead after it hit a window; this bird was ringed in October during a large roost catch in Tzor'a and found in Haifa, 114 km north! This was probably a local bird, joined a migrant flock and then returned back north.
Another interesting bird was a Clamorous Reed Warbler at the end of post-juvenile moult and had five retained secondaries. This is a very late and interesting moult pattern. 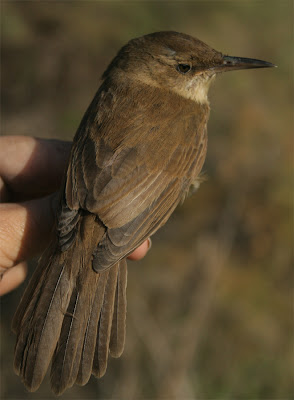 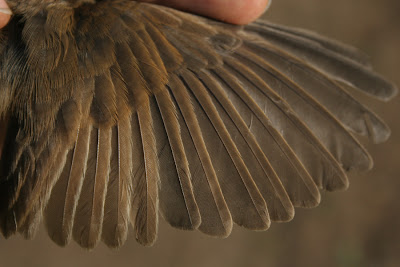