I spent Sunday to Tuesday ringing raptors in the southern Arava, joined by my intrepid volunteers of Tzor'a Ringing Station: Carmel Zitronblat, Rafi Paz, Ron Efrat and Avishai Bar-On. We used Bal-Chatri traps, working in two teams in the agricultural fields of the southern Arava: Eilot, Samar, Elifaz, Yotveta, Lotan and Neot-Smadar. This was a very productive expedition that produced 52 raptors ringed: most were Steppe Buzzards (49), but also Levant Sparrowhawk (2) and Kestrel (1). 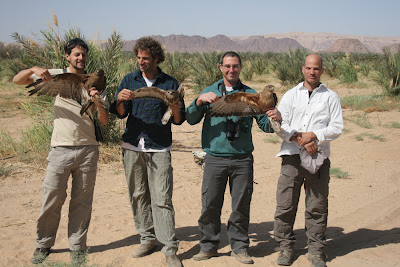 The IBRCE has been putting effort on raptor ringing for many years now. This activity produced nice results about the migration of those species, See maps below. None of those birds ringed in Eilat and found elsewhere were recovered with the code 'alive, released by ringer', but were rather recovered in non-natural circumstances: shot, run-over, electrocuted, found dead or only found and the cause of death remains unknown. 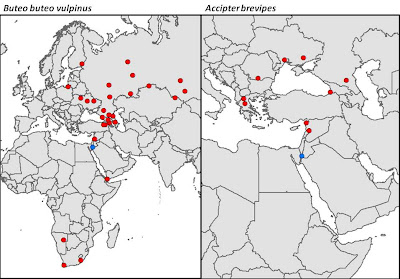 One of the Steppe Buzzard caught in Samar was recaptured, it had been ringed at Eilot date plantations (29 km) on April 5th and its weight decreased during this period by 90 g.  Most of those moribund buzzards have 'missed the train' and will not make it on time for the breeding season. They try to forage in the desert but most of them find little more than small insects and arthropods. Many of the buzzards teem with louses (Damalina spp.) and other parasites. It is known that birds in poor physiological state often have a serious parasite load. These disgusting creatures migrate with the buzzards from Africa to Europe carrying various viruses, and happily climb onto the hands of the ringer holding the buzzard. 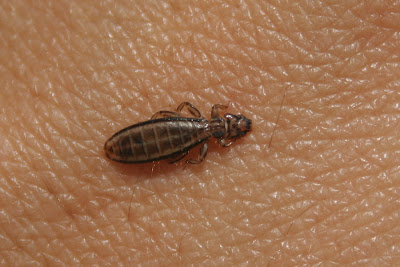 In the field we witnessed an impressive wave of passerines, the most common species were Blackcap, Barn Swallow, Tree Pipit and Ortolan Bunting, but also many Bee-eaters, Sand Martins, Black-eared Wheatears, various flycatchers and Masked Shrikes.
We had little time for birding, especially around the hot hours of noon but we did see some nice birds: Montagu's Harrier - male, Osprey (2), Barbary Falcon, Broad-billed Sandpiper (4) and Red-necked Phalarope (35) in KM20 saltpans, White-winged Tern, Rock Thrush - male, Semi-collared Flycatcher - male in Samar and Golden Oriole - males (3) in some spots. 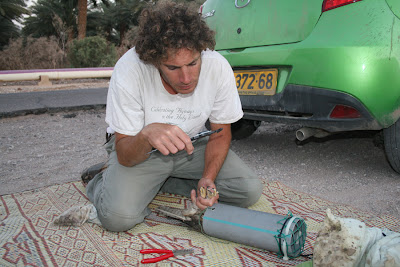 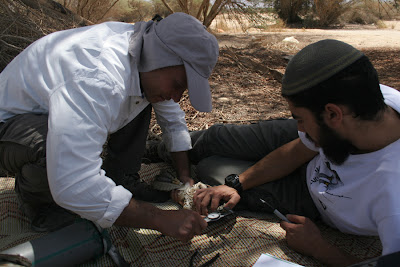 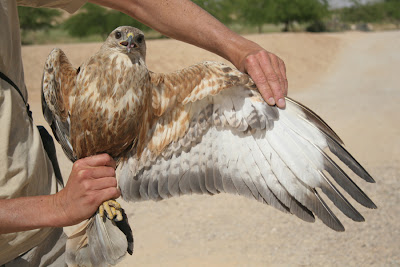 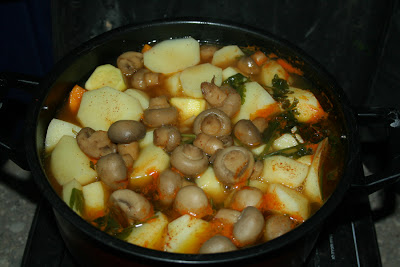 Many thanks to my partners in this session; Thanks also to the IBRCE team: Itai Shanni, Yotam Lenard and Tzadok Tzemach for providing us a base camp and more.
Newer Post Older Post Home