On July 2nd I received a report about one of our ringed Common Tern. The bird was seen and photographed at Hazorea Fishponds by Lavi Lilo, 19 km SE inland from the ringing site at Atlit Salt-pans. In my answer to Lavi I asked him whether he's ever photographed other ringed birds. With his swift reply were images of a juvenile Black Stork with a metal ring only, photographed in north Israel last autumn.
From the image we could read only following details:
____ RIA
____ OFIA
____ 33 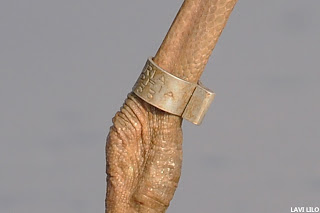 This is BULGARIA BAN SOFIA, of course, and I hoped that two final digits combined with the known age of the bird were enough to specifically identify the individual. So, I sent the data request to Boris Nikolov from Bulgarian Ornithological Center. After a few days I got from him the complete details with following story:
'The juvenile bird was transferred during June 2010 from Vranyak village, Vratsa region to the Wildlife Rehabilitation Centre run by "Green Balkans" Federation in Stara Zagora, as part of a brood of 3 chicks that was rescued from a fallen nest. The already grown bird was released nearby the Centre in August 2010, together with both its siblings.'
This is the first Bulgarian BS control in Israel, although we have many from central and east Europe. This is because Bulgaria does not take part in the European BS colour ringing project.
Thanks to Lavi for the reports and great images and to Boris for sharing the data with us. 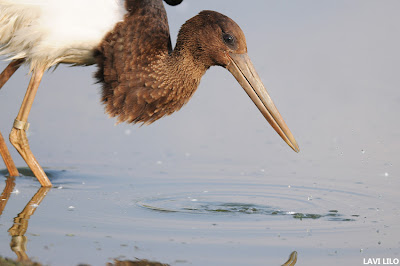 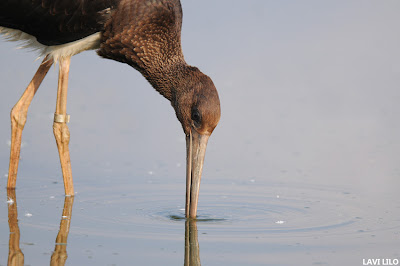 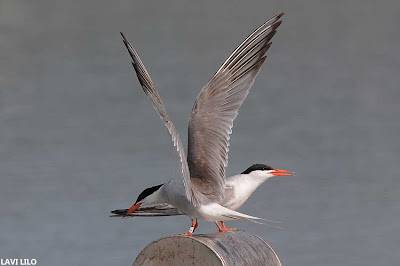