Terns on the move

Another successful night at Atlit saltpans (6-7/5) produced 111 birds caught. Most interesting was Common Tern with the ring: HN 45.088 ST.ORN.GDANSK POLAND. This is the fourth foreign control since I started my tern project in 2010 and first in spring migration, joining Finnish, Lithuanian and German Common Terns caught in this place. Totals were 105 Common Terns, including retrap from last year, only 3 Little Terns, 1 Ruff and 1 Little Stint. 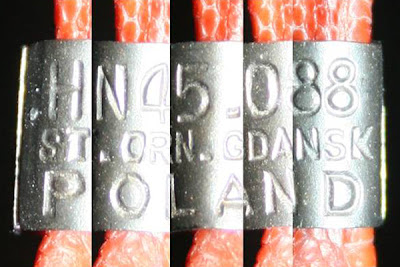 After I ended my ringing session in the morning I received a call from Tuvia Khan who had just observed three of my Little Terns at Ma'ayan Tzvi fishponds, 12.5 km south. One ringed in August 2010, one in June 2011 and to my surprise one from this night. Interesting info kept coming in; was continue when I arrived back to my computer I saw another report of two ringed Common Terns observed and photographed in Hula Nature Reserve by Dror Galili. IIF was ringed in August 2010 and IT3 ringed in June 2011, both from Atlit, 76 km south west. Very interesting data about their movement inside Israel.

This night I ended all possible combinations for white plastic rings and started work with green rings for Common Terns. 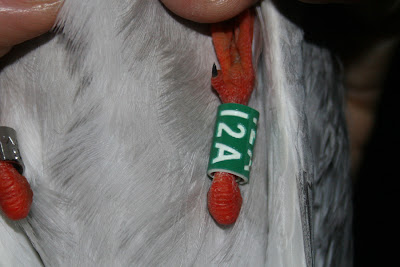 Another note from this night: we caught many Common Terns with dark bill. I don't know what the explanation for this is; perhaps only regular variation within our local breeding population or geographical variation among migrant birds. 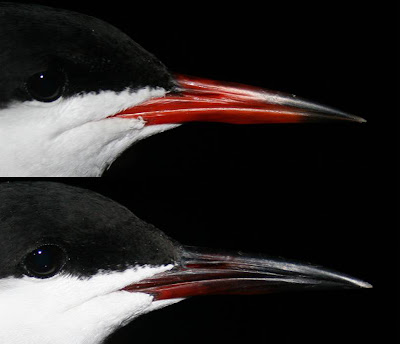 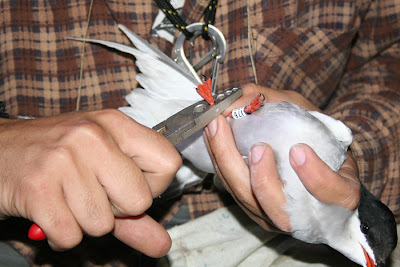 Many thanks to my team: Rafi, Ron, Eilai, Yishai and Shachar.