Friday to Friday ringing down under

On Friday (29/04) I visited the Hula Valley ringing station and joined Nadav's team. It was a beautiful morning with about 210 birds ringed and it was good to catch up with some old friends. Most of the birds were Reed and Sedge Warblers but also a few others as Little Bitterns, White-breasted Kingfisher, Barred and Eastern Orphean Warbler (which are irregular in the Hula valley as most of their migration takes place over Israel's central mountain ridge). 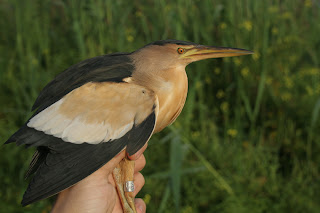 May started with massive mornings at JBO. 240 birds on 01/05 with a good fall of Blackcaps and 10 Pied Flycatchers. On 04/05 100 birds, first Spotted Flycatcher for me this spring, good species richness and good numbers of Barred Warblers and Masked Shrikes.
First tern session took place on the night between Wednesday and Thursday in Atlit salt pans. This was a great night just after dusk a large flock of migrant Common Terns arrived at the site. 121 terns were caught, 8 Little and 113 Common Terns; two Little Terns were controls from last summer.
Last Friday (06/05) I was ringing at Tzoraa valley ringing station. It was a slower morning after a busy week - only 50 birds were ringed, but I was pleased with a beautiful Turtle Dove ringed and with finding a Spur-winged Lapwing family with four chicks near my ringing spot. They will get their rings as soon as they grow up a bit. 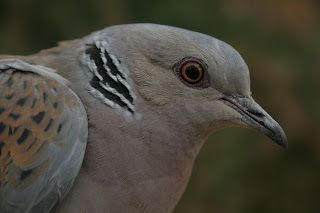 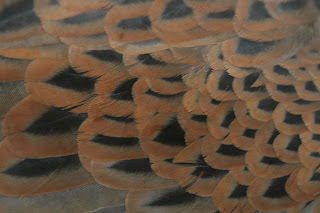