It's still hot, but autumn migration is here, with many thousands of migrants around.
In Jerusalem, numbers are down with the disappearing pistachio fruit, but species richness is up. This includes Thrush Nightinale, Willow Warbler, Spotted Flycatcher, Masked Shrike and more.
Contrary to Jerusalem, in the Judean Plains autumn migration is speeding up. Two important species arrived in large numbers this week, Yellow Wagtail and Willow Warbler, and their numbers will peak up even more towards the end of the month. On 7/9 I ringed in the alfalfa field in Tzor'a Valley, Where there were about 1500 Yellow Wagtails, of which I ringed 140. Many were beautiful adults, most feldegg, but beema, thunbergi, flava and others forms were present too. 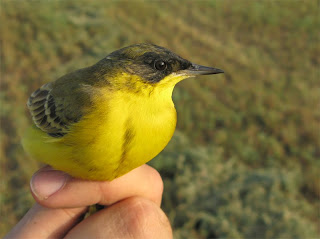 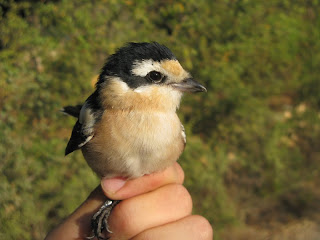 On 6/9 I joined Yoav Perlman and his them for wader ringing at Ashdod, after a failed swallow roost attempt at Tzor'a. It was definitely a good catch in Israeli standards, not too many waders, but many interesting species. In Israel wader trapping is very difficult as we don't have any mudflats and usually shorebird numbers are not so large like in other coastal regions. We ring in Israel only about 250 waders annually! For example, Ruddy Turnstone is a regular migrant in Israel but hardly ever ringed; we ringed one that night and the previous turnstone ringed in Israel was in August 2004… Another good bird was a Broad-billed Sandpiper; this is an uncommon migrant in Israel and the first time I handle one. 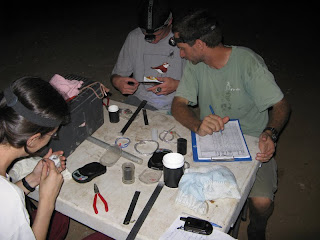