After I saw some snipes at Tzor'a reservoir last Monday, I decided to try catching them this morning (10/11). I arrived very early, two hours before sunrise and set one 12 m net with wader calls in little pond near the reservoir. This effort was very productive with four Jack Snipes. A few minutes after sunrise, while I was taking pictures of a Jack Snipe, I see a 'regular' snipe in the net. After Eli released the bird from the net, I noticed that the bird was very vocal and I remembered that snipes are always quiet in hand. I asked myself what is this noisy snipe? As I checked the tail, I thought it might be a Great Snipe. I was hoping to find white outer tail feathers, but what I saw (see image below) caused me to shout 'Pin-tailed Snipe!'. 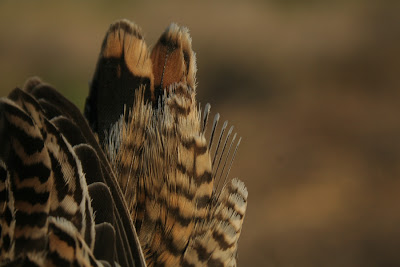 After a phone call to Yoav Perlman and checking all ID signs with him, I positively identified the bird as Pin-tailed Snipe (Gallinago stenura); 3rd ringed in Israel and only 7-8 records!
An RBA message was sent out, and by the time I had ended the first net round and measured the snipe, two early twitchers arrived. We quickly photographed the bird and released it. 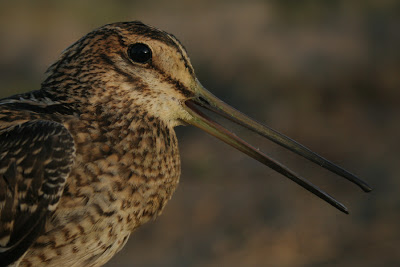 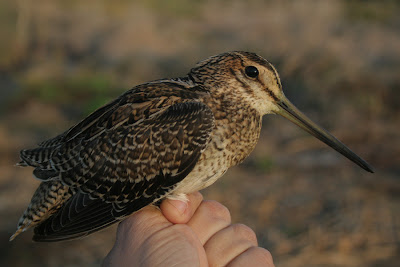 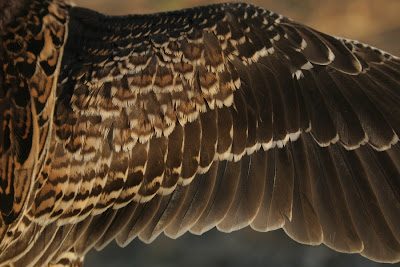 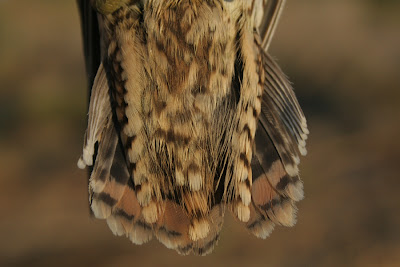 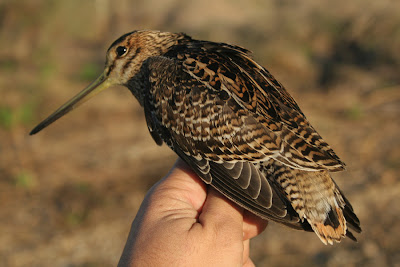 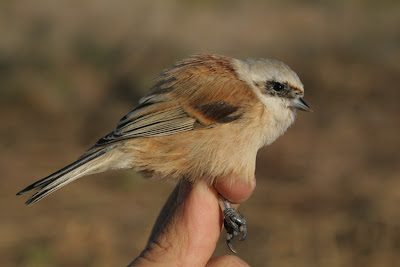 Many thanks to Eli and Rafi for their help today; I look forward to tomorrow's surprises, maybe a foreign ring?
Newer Post Older Post Home