Finally answer from Lithuania and more events from last week

Finally, I've received the ringing details of the Lithuanian Common Tern that I controlled at Atlit in mid July. It was ringed as breeding adult in the southernmost point in Lithuania, Niedus Lake - 2533 km north of Atlit, in May 2002.
The tern ringing season is coming to an end; last ringing session (30/08) produced only 12 Common Terns. But two shorebirds made the session worthwhile; first was a Black-tailed Godwit - first to me in the hand and probably the first ringed in Israel after many years; second was a Broad-billed Sandpiper, also nice and rather rare in Israel.
I tried my luck with shorebird ringing in Ma'agan Michael. At first it looked promising but eventually the total was only 15 birds: Ringed Plovers, Little Stints - 1 retrap from August 2009, Dunlins and 1 Red Knot - first ringed in Israel after more than 20 years. 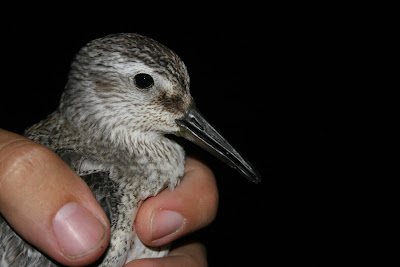 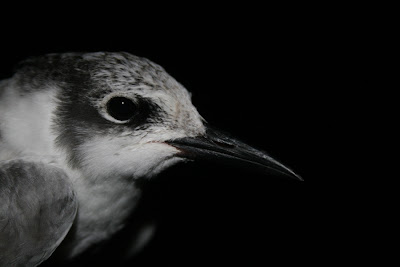 Last Wednesday (31/08) Ron Haran controlled one of my Striolated Bunting from Ein Salvadora (Judean Desert) at Einot Tzukim Nature Reserve (Dead Sea Shore). Only 21 km north, but very interesting movement. This species is local and irregular away from the desert cliffs.

Last Friday's (02/09) ringing session at Tzor'a reservoir produced a catch of 114 birds from 20 species. First Willow Warblers of the season for me!